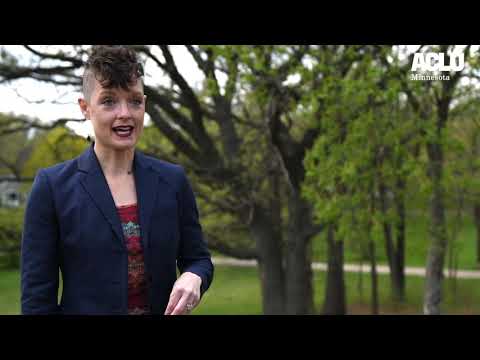 The Room & Board Torchbearer Award, our newest award, honors an individual or group nominated by the public who has acted bravely to protect and promote civil liberties in Minnesota. Amy Koopman saw Robbinsdale Police pull over two Black men, livestreamed the encounter and spoke out against police attempts to escalate the situation. Afterward, police charged Amy with obstruction. The ACLU won a dismissal in the case, and Amy is now working with us to change policing practices.