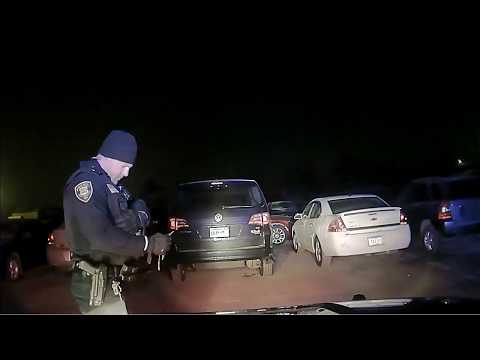 The ACLU of Minnesota is suing the City of Worthington and Worthington Police Department over an alleged assault by police that put the victim in intensive care for five days, requiring multiple surgeries.

The ACLU-MN filed a lawsuit Monday in U.S. District Court for the District of Minnesota against the city, its police department, Police Chief Troy Appel, Officer Mark Riley and his friend and business partner Evan Eggers – who was doing a ride-along. The complaint alleges that police used excessive force against Kelvin Francisco Rodriguez.

The assault broke four of Rodriguez’s ribs and lacerated his pancreas and liver. Rodriguez, bleeding internally, repeatedly asked for medical assistance, and his requests were ignored. When medical assistance was finally allowed, Rodriguez’s injuries proved so severe, he had to be airlifted to Sanford Medical in Sioux Falls, S.D. He incurred medical expenses close to $150,000.

“What happened to me is happening to other people, but they are silent,” Rodriguez said. “That’s why I’m working with the ACLU of Minnesota to file suit. As a human being, I ask that the police be held accountable for not adequately doing their job and respecting me  as a human being. My wife and children saw me going in and out of life and death. I think it is fair to ask for justice. I don’t want to see the officer in uniform.”

“Immigrants and people of color are too often targeted by police excessive force. We hope this lawsuit makes the city and Worthington police finally recognize and stop the use of excessive force against all people,” said ACLU-MN Legal Director Teresa Nelson. “Police are sworn to protect and serve people, not harm them, and certainly not to send them to the intensive care unit.”

On Jan. 12, 2019, Rodriguez was driving when he saw a police car. Fearful of how police treat immigrants and people of color in Worthington, he pulled off the road into an auto dealership parking lot. The police followed, even though they had no reason to suspect Rodriguez of wrongdoing. Rodriguez got out and ran, fearing for his safety.

When Officer Riley put on his squad lights, Rodriguez immediately returned with his hands up over his head and followed police commands to get down. Riley dropped his weight onto Rodriguez and kneed him in the back while Rodriguez moaned in pain, the lawsuit said.

The attack and Rodriguez’s pleas for medical help were caught on police video.

This is the second time the ACLU-MN has sued Worthington for excessive force. Police had repeatedly punched and kneed a young man who was still seat-belted into his car. The city and Buffalo Ridge Drug Task Force agreed to reform their use of force in that settlement.

The new lawsuit filed today points out that Worthington police seem to be violating that settlement by failing to adequately investigate or document use of force, take action to prevent these incidents, or discipline officers for violations.