BROOKLYN CENTER, Minn. — The American Civil Liberties Union and ACLU of Minnesota are urging the Brooklyn Center City Council to seize the historic opportunity to approve an amended budget Monday night that improves public safety for all residents.

The amended budget would shift a little over $1.3 million in funding to create a new crisis response team, hire a director of a new Department of Public Safety, study traffic enforcement by civilians rather than armed police, gather resident input to ensure the new department meets community needs, create policies to implement this new direction in public safety, and fund community and youth programming. The effort follows the police killing of Daunte Wright during a traffic stop and the Kobe Dimock-Heisler killing in 2019, which happened while he was experiencing a crisis. The initiative wouldn’t cost taxpayers a dime — the city could shift funding from vacant police positions to pay for it.

“The Brooklyn Center City Council has the historic opportunity tonight to become a national model for an expanded public safety system that incorporates serious community needs along with community input, rather than the traditional armed-police-only model,” said ACLU-MN Interim Executive Director Ben Feist. “Brooklyn Center residents deserve true public safety no matter what they look like, how much they make, or where they live.”

The city council previously passed a resolution in support of this new direction for public safety. The budget is a key step in making these promises a reality. 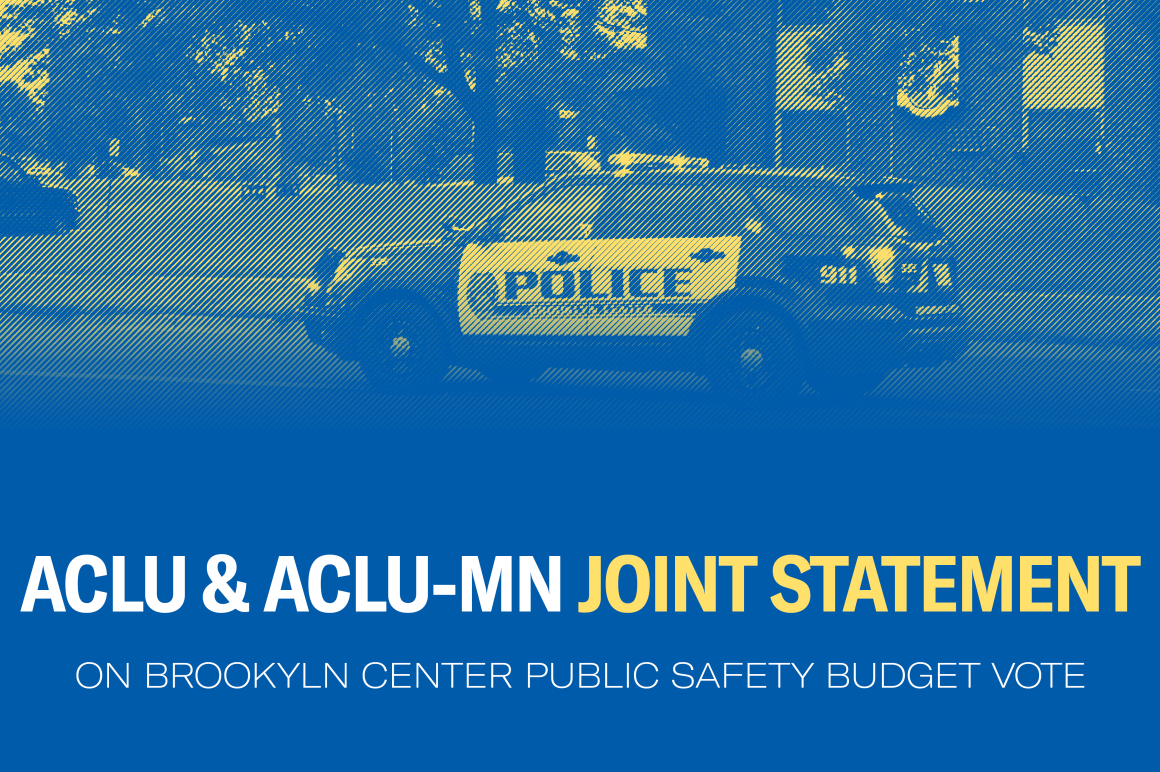 ACLU-MN's UPDATED STATEMENT ON THE POLICE KILLING OF DAUNTE WRIGHT