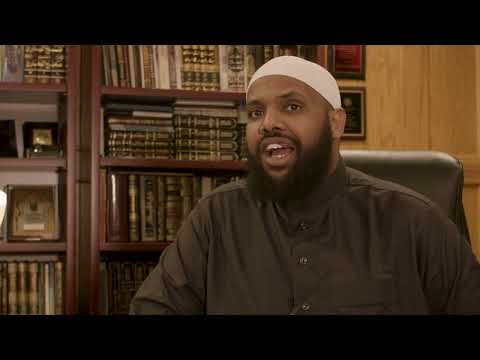 The American Civil Liberties Union, the ACLU of Minnesota, and the ACLU Foundation of Southern California filed a federal lawsuit today in the United States District Court for the Central District of California on behalf of three Muslim Americans who have been subjected to unconstitutional questioning from border officers about their religion. On multiple occasions, when the plaintiffs came home from traveling abroad, officers asked them inappropriate religious questions, including whether they are Muslim, whether they attend a mosque, which mosque they attend, whether they are Sunni or Shi’a, and how often they pray. Officers then retain the answers in a law enforcement database for up to 75 years.

“I am proud to be a Muslim,” said plaintiff Imam Abdirahman Aden Kariye, a religious leader in Bloomington, Minn. “But now whenever I travel back home to the United States, I’m anxious. I’m constantly worried about how I will be perceived, so much so that I try to avoid calling any attention to my faith. I normally wear a Muslim prayer cap, but I no longer wear it at the airport to avoid being questioned by border officials. It’s terrible to feel you have to hide an essential part of who you are from your own government. I shouldn’t be questioned because of my religion.”

The questioning by U.S. Customs and Border Protection (CBP) and Homeland Security Investigations (HSI) violates the plaintiffs’ First Amendment freedoms of religion and association, as well as the Religious Freedom Restoration Act (RFRA). In addition, because CBP and HSI specifically single out Muslim Americans for such questioning, they also violate the First and Fifth Amendments’ protections against unequal treatment on the basis of religion. This questioning is part of a broader 20-year practice of border officials targeting Muslim American travelers because of their religion.

“Religious questioning by border officers is unconstitutional, and it's past time for the government to be held to account,” said Ashley Gorski, senior staff attorney with the ACLU’s National Security Project. “This invasive questioning serves no legitimate law enforcement purpose, and conveys the harmful and stigmatizing message that the U.S. government views Muslims as inherently suspicious.”

The plaintiffs are asking the court to declare that CBP’s religious questioning violates the Constitution and RFRA. They also seek an injunction barring the Department of Homeland Security and CBP from questioning them about their faith at ports of entry, and the expungement of records reflecting information that border officers obtained through their unlawful questioning.

“What I experienced at the hands of CBP when coming back to my own country still haunts me,” said plaintiff Hameem Shah. “I thought that being an American meant that I and others are free to practice any religion that we choose.  It concerns me that other Americans and visitors to this country may also be unfairly targeted and humiliated based solely on their religious beliefs. This practice is fundamentally incompatible with the values this country was founded on.”

Border officers have long targeted Muslims for unconstitutional religious questioning at ports of entry. In 2010, the ACLU and other organizations submitted complaints to DHS describing border questioning of Muslim Americans about their religious beliefs and practices. The DHS Office for Civil Rights and Civil Liberties opened an investigation on the basis of “numerous accounts from American citizens, legal permanent residents, and visitors who are Arab and/or Muslim, alleging that officials from CBP repeatedly question them and other members of their communities about their religious practices or other First Amendment protected activities, in violation of their civil rights or civil liberties.”

“It is and always has been wrong to force Muslims, or any person of faith, to divulge their religious beliefs and practice to border officials,” said Mohammad Tajsar, senior staff attorney with the ACLU Foundation of Southern California. “The government’s longstanding, discriminatory scrutiny of Muslim travelers must end now.”