ACLU of Minnesota files lawsuit on behalf of Anthony Promvongsa

In July 2016, Promvongsa was pulled over by Officer Joswiak of the Buffalo Ridge Task Force and Worthington Police Sergeant Tim Gaul after being accused of tailgating two off-duty cops. Within seconds of Promvongsa’s vehicle being stopped Agent Joswiak approached the vehicle with a weapon drawn and started screaming at Promvongsa to “Get the fuck out of the car, mother fucker, show me your hands.” He then immediately yanks open the door and begins violently pulling Promvongsa from the vehicle before Promvongsa can even remove his seat belt.  Officer Joswiak began to knee and punch Promvongsa while Promvongsa was still in the vehicle. After a couple of seconds the audio on the police dash cam appeared to be intentionally shut off by Sergeant Gaul.

“The assault has left me feeling uncomfortable and scared. When Officer Joswiak approached my car with his gun out, I thought I was going to die,” stated Anthony Promvongsa. “I’m suing the officers who did this to me because I don’t want this to happen to anyone else, the officers need to be held accountable for their actions.”

The entire incident from when the vehicle was pulled over to when Promvongsa was under arrest and in the backseat of the vehicle handcuffed is less than two minutes. Promvongsa was not given proper time to obey the Officer Joswiak’s orders before excessive force was used against him, nor did Promvongsa represent any threat to the officers that warranted the use of force at all, let alone the level of force the officers used.

Despite the ACLU releasing the footage from the incident earlier this year, and Promvongsa filing an official complaint against the two officers, neither has received any discipline stemming from the assault.

“Everyone has a right to be treated with dignity and respect by law enforcement. The brutal assault against Anthony Promvongsa violated his rights,” stated Teresa Nelson, Legal Director of the ACLU-MN. “This assault, and the lack of discipline against the officers involved, is part of a pattern and practice by the Worthington Police Department and the Buffalo Ridge Drug Task Force who routinely fail to hold their officers accountable for their actions.”

In its lawsuit, the ACLU-MN asks the Court to recognize this incident as part of a pattern and practice of misbehavior by the Worthington Police Department and the Buffalo Ridge Drug Task Force. The ACLU-MN is also seeking damages for its client who suffered not only physical injuries but other harms stemming from the 2016 assault.

Attorneys in the case: Jen Cornell and Allyson Petersen of Nilan Johnson Lewis PA along with Ian Bratlie and Teresa Nelson of the ACLU-MN.

[Photo rights owned by ACLU of Minnesota. Availble for public use.] 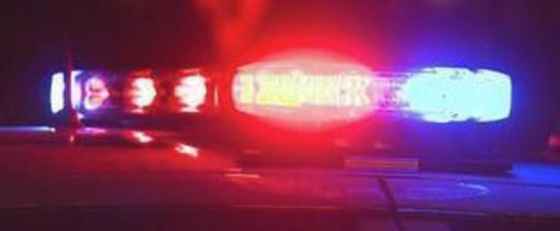 Over a year ago I was assaulted by a police officer. I’m still...

ACLU-MN/Texas Reach Settlement on Behalf of Girls Mistreated by U.S...