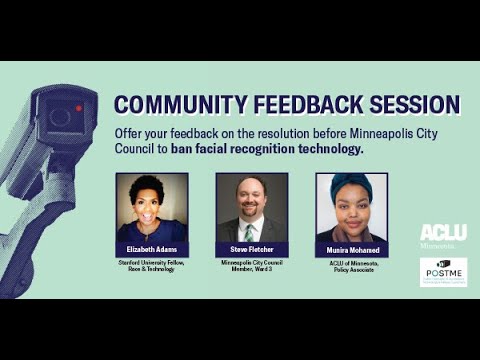 Victory! The Minneapolis City Council has voted unanimously to ban the use of facial recognition technology by law enforcement, making Minneapolis one of only a handful of cities nationwide to take this critical step towards a more just, equitable version of public safety.

Thank you to the council, to our coalition partners, and most importantly to the hundreds of Minneapolis residents who signed the petition, called their council members, and testified at the public hearing.

Law enforcement uses facial recognition technology in two main ways: to identify subjects in photos and videos, and to conduct surveillance dragnets of entire neighborhoods. These tactics allow the automated and often indiscriminate live surveillance of people as they go about their daily lives – an almost unthinkable incursion into our privacy.

In response to these concerns, the Minneapolis City Council is considering a resolution that would give the people control over the technologies that are used to police our communities. The ordinance would promote transparency, oversight, accountability, and equity by creating a legal framework for acquiring new surveillance technologies and using existing ones.

To learn more about how facial recognition technology is currently used in Minneapolis and why we should ban it once and for all, check out our friends at postme.mn.

Get Involved to Ban Facial Recognition in Minneapolis

Here's what you can do right now to join our team and make sure this ordinance passes the City Council:

Call your Minneapolis City Council Member and ask them to vote to ban the use of facial recognition technology by police. No time to make a call? Take one minute to sign the petition.

Next, call your Council Member's phone number as listed below:

Then, use the script below or use your own words to explain why Minneapolis would be better off without this racist, ineffective technology.

My name is [Insert Your Name], and I am a resident of Ward [Insert Ward #]. I am calling to ask that you vote yes on the ordinance to ban facial recognition and increase civilian oversight of police surveillance technology.

Facial recognition technology has an error rate as high as 34.7% for dark-skinned women, compared to less than 1% for light-skinned men. That means that Black and Brown people are more likely to be wrongfully arrested or detained based on misidentification, on top of being more likely to be targeted by police surveillance in general.

As we reimagine the role that armed police officers play in securing our public safety, we have to make sure that racist police officers are not simply replaced with racist technology. Please reflect these concerns by voting to ban police use of facial recognition technology in Minneapolis. Thank you. 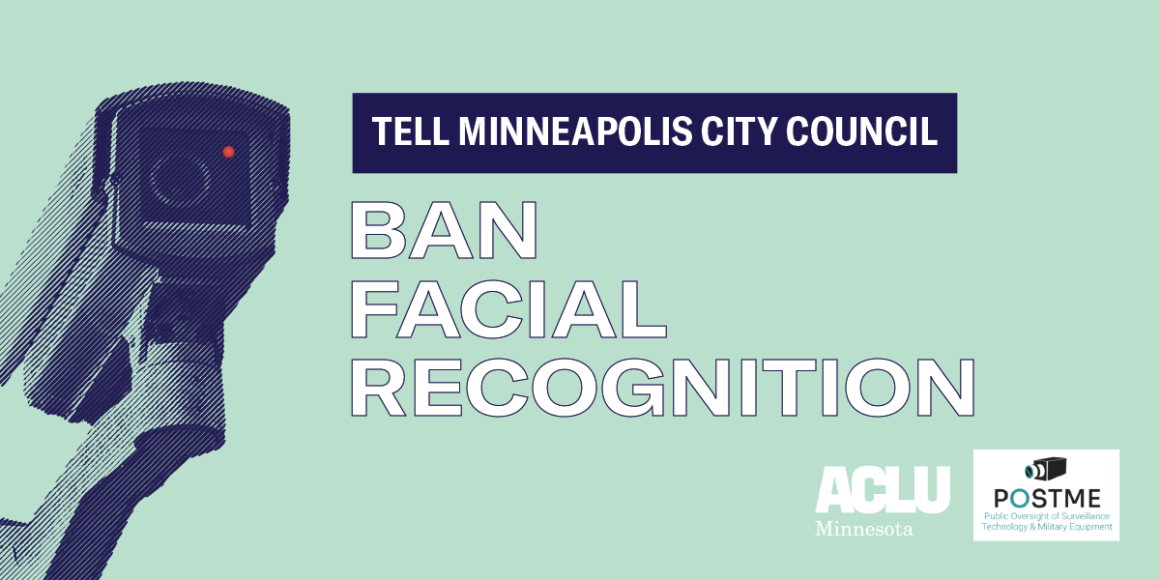 Sign the petition created by our friends in the POSTME Coalition. By adding your name, you'll show your local leaders that the people of Minneapolis want to control the surveillance tools that are supposed to serve them.

(The links above will take you to our third party coalition website, postme.me)