Our basic civil liberties are under attack, from our right to vote, to our right to make decisions about our bodies, to who we marry and who we love.

The newly constituted Supreme Court rolled back the federal constitutional right to health care for half of our country, said it’s OK to force students to pray to a god that is not their own, and suggested that the court is coming back after birth control, same-sex marriage, and more. Our democracy is at stake.

There's a simple, powerful action we can take to fight these attacks: Vote. And make sure to fill out the entire ballot.

Voting gives us the power to choose elected officials who will take bold action to stem the tide of these attacks. And it lets us hold lawmakers accountable when they fail.

Every elected office, from governor down to county attorney and sheriff, has an impact on our rights. From limiting how and when we vote, to removing books by LGTBQ authors from library shelves, to restricting reproductive freedom and criminalizing basic health care, politicians are attacking our fundamental rights. The midterm elections are a chance for all of us to say enough is enough. 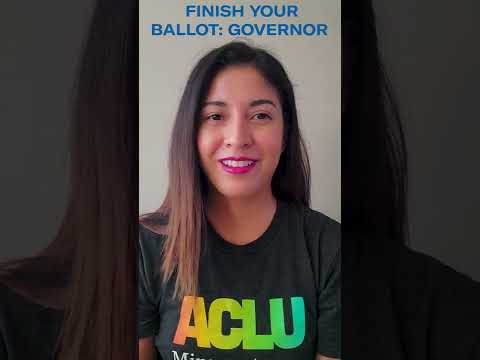 The governor appoints judges to vacancies in district, appellate, and supreme courts, and sits on the three-member Minnesota Board of Pardons. The governor serves a four-year term without term limits. 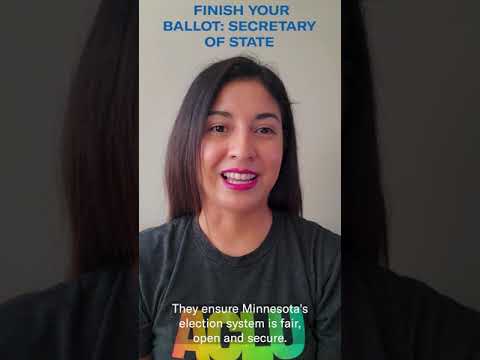 The secretary of state also reviews filings for all businesses and organizations in the state; processes notary public applications; preserves documents filed with the state; and administers the Safe at Home program to help Minnesotans - often domestic violence victims - keep the location of their homes private for personal safety. 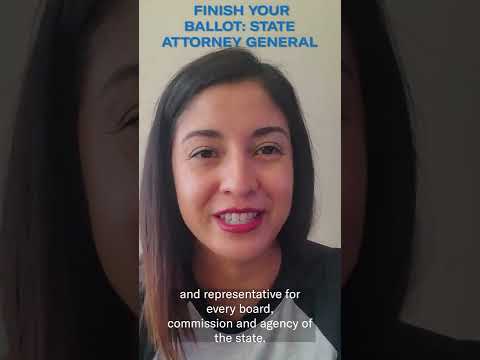 %3Ciframe%20class%3D%22media-youtube-player%22%20width%3D%22580%22%20height%3D%22324%22%20title%3D%22Finish%20Your%20Ballot%3A%20Attorney%20General%22%20src%3D%22https%3A%2F%2Fwww.youtube-nocookie.com%2Fembed%2Fp9hgKKp-Hlk%3Fwmode%3Dopaque%26amp%3Bcontrols%3D1%26amp%3Bmodestbranding%3D1%26amp%3Brel%3D0%26amp%3Bshowinfo%3D0%26amp%3Bcolor%3Dwhite%26autoplay%3D1%26version%3D3%26playsinline%3D1%22%20name%3D%22Finish%20Your%20Ballot%3A%20Attorney%20General%22%20frameborder%3D%220%22%20allowfullscreen%3D%22%22%20id%3D%22Finish%20Your%20Ballot%3A%20Attorney%20General%22%20allow%3D%22autoplay%22%3EVideo%20of%20Finish%20Your%20Ballot%3A%20Attorney%20General%3C%2Fiframe%3E
Privacy statement. This embed will serve content from youtube-nocookie.com.
The attorney general is the state’s top legal officer. They can issue legal guidance to state agencies and the Legislature, including the legality and constitutionality of abortion bans, and discrimination against students. They can choose to not enforce education gag orders that restrict teachers and students from being able to learn about race and gender. They can advise the Legislature and state agencies on ways to protect LGBTQ people and people of color from discrimination and ensure equal access to services, and can also join or initiate lawsuits challenging discriminatory laws or policies.

The AG provides legal representation to more than 100 state agencies, boards, and commissions, and represents the state in court and administrative hearings.

Since state constitutions often offer more protection of our rights than the federal government does, the state court system is a powerful backstop in protecting our rights. State courts decide cases related to abortion, voting rights, the rights of LGBTQ people, free speech, and more. Now that the U.S. Supreme Court has overturned Roe v. Wade, the Minnesota Supreme Court could become the final arbiter on whether reproductive freedoms are protected in Minnesota, making this role especially crucial. Minnesota has seven justices on our state’s highest court, who are elected on a non-partisan basis to six-year terms. 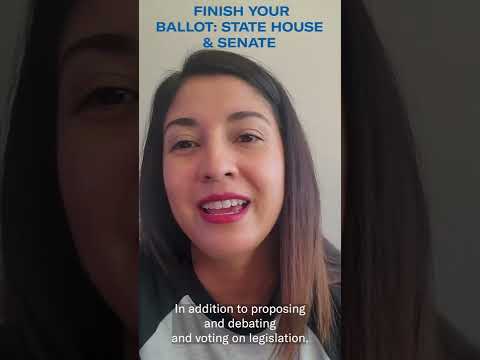 County attorneys, or prosecutors, are one of the most influential actors in the criminal justice system. They have the power to decide who should be charged with a crime, such as police who have killed someone, and can decline to press charges — including against a person accused of violating an abortion ban. Prosecutors’ decisions and their influence over local and state criminal justice laws have been one of the primary drivers of incarceration and racial disparities throughout the justice system. County attorneys can decide not to bring charges against those accused of minor offenses, and to not stand in the way of people getting out on probation. They can also decline to prosecute crimes related to HIV status, sex work, and other criminalization that disproportionately affect LGBTQ people; low-level offenses such as marijuana possession that disproportionately targets Black people for arrest; train staff to respectfully manage cases involving hate crimes and domestic violence; and establish data collection to track treatment of people in jail and bail statistics.

Sheriffs have the power to make our communities safer and more just for all. Sheriffs can decline to arrest people for low-level charges such as marijuana possession that are disproportionately targeted at people of color, and which create a wealth-based system of justice for people who can't afford to post even small bail amounts. They can reduce jail stays, and refuse to hold people unlawfully for ICE.

Sheriffs oversee county jails, including living conditions, such as access to addiction treatment and mental health services. They help control the spread of diseases like COVID in jail by providing vaccines and other measures. Sheriffs also set the tone for whether deputies respond violently or not to protesters exercising their First Amendment rights. 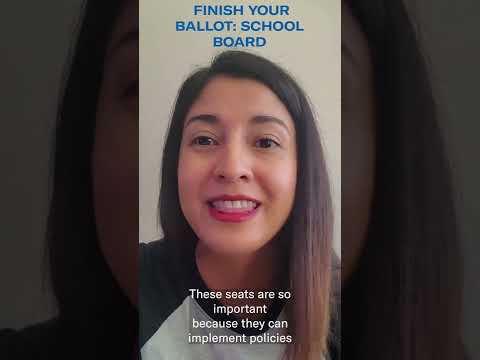