The recipients of the annual Earl Larson and Changemaker Awards are challenging us to follow in their footsteps to fight for justice.

ACLU-MN honored Eric Janus with the 22nd annual Earl Larson Award for his lifelong commitment to justice and civil liberties. The award is named after one of ACLU-MN’s founders, Judge Earl Larson. We also honored the NAACP Minneapolis with our first-ever Changemaker Award for its outstanding commitment to equality and justice, and for empowering underserved communities. 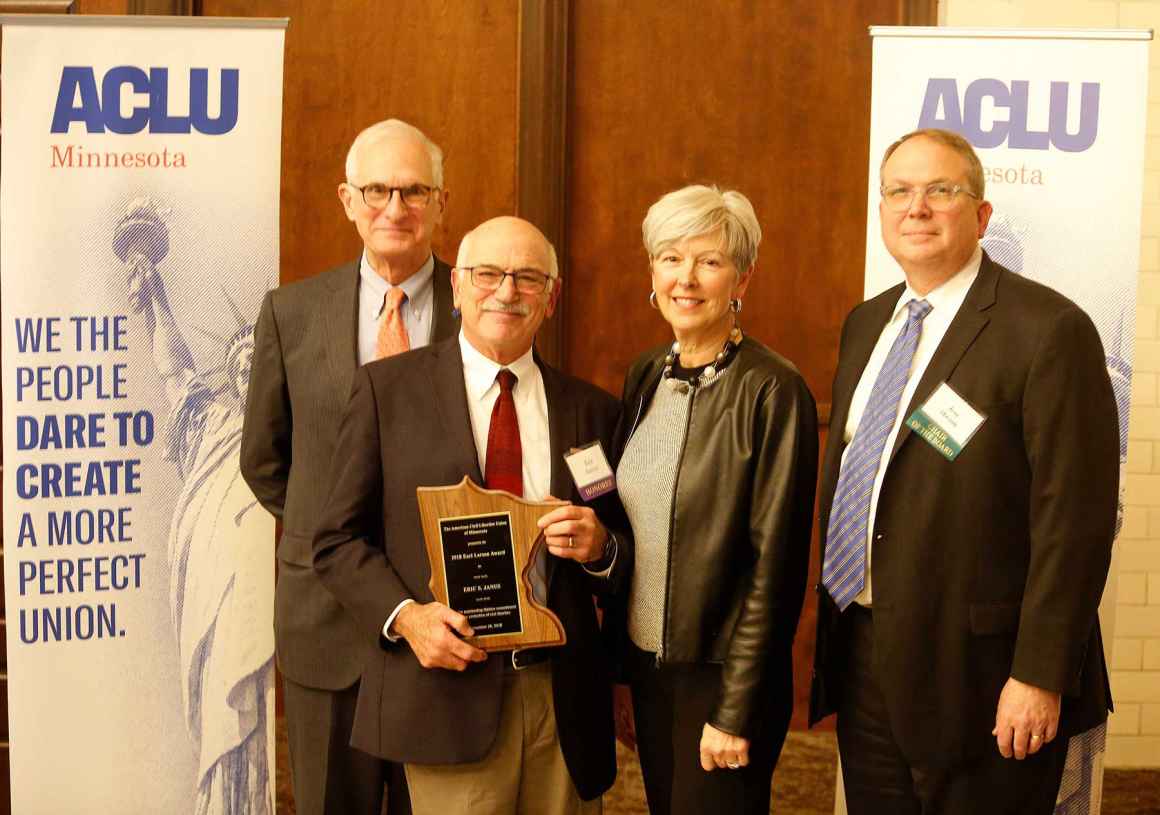 We presented both awards at a record-setting evening of generous donations to ACLU-MN at The Depot on Nov. 28.

“Eric’s work reminds us that in a free society, the civil liberties of all citizens must be protected,” ACLU-MN Board Chair Jonathan Abram said. “The ACLU will always stand up for the disenfranchised, the disadvantaged and the disregarded. Our partnership with the NAACP reminds us that our defense of individual freedoms in the Constitution must always be combined with a commitment to racial justice and equal protection.”

Janus, a Mitchell|Hamline law professor, is a leading expert on sexual-violence law. He has worked with ACLU-MN to challenge the indefinite detention of people in the Minnesota Sex Offender treatment program.

“We have a long and persistent history of taking our revolutionary and inspiring concept of ‘We the People’ and excluding whole classes of people,” Janus told the crowd. “This is a disgraceful legacy.”

Janus has spent his career fighting that legacy and protecting the excluded, including welfare recipients, clients with mental illness and sex offenders who are locked up “for their predicted future crimes.”

More than 700 former sex offenders in Minnesota and 5,000 people nationally are held under these “pre-crime” laws, Janus said. These laws throw people’s constitutional protections out the window, including the right to be free of physical confinement, to proof beyond a reasonable doubt, to a trial by jury, and to be free from compelled self-incrimination.

These laws take us down a dangerous path, especially in a time of rising racist, white nationalist, homophobic and anti-immigrant rhetoric.

“They give currency to the notion that our Constitution is OK with the designation of despised groups of outsiders whose members have ‘no rights’ that the state must respect,” Janus said, adding that we must resist the legitimization of this view. 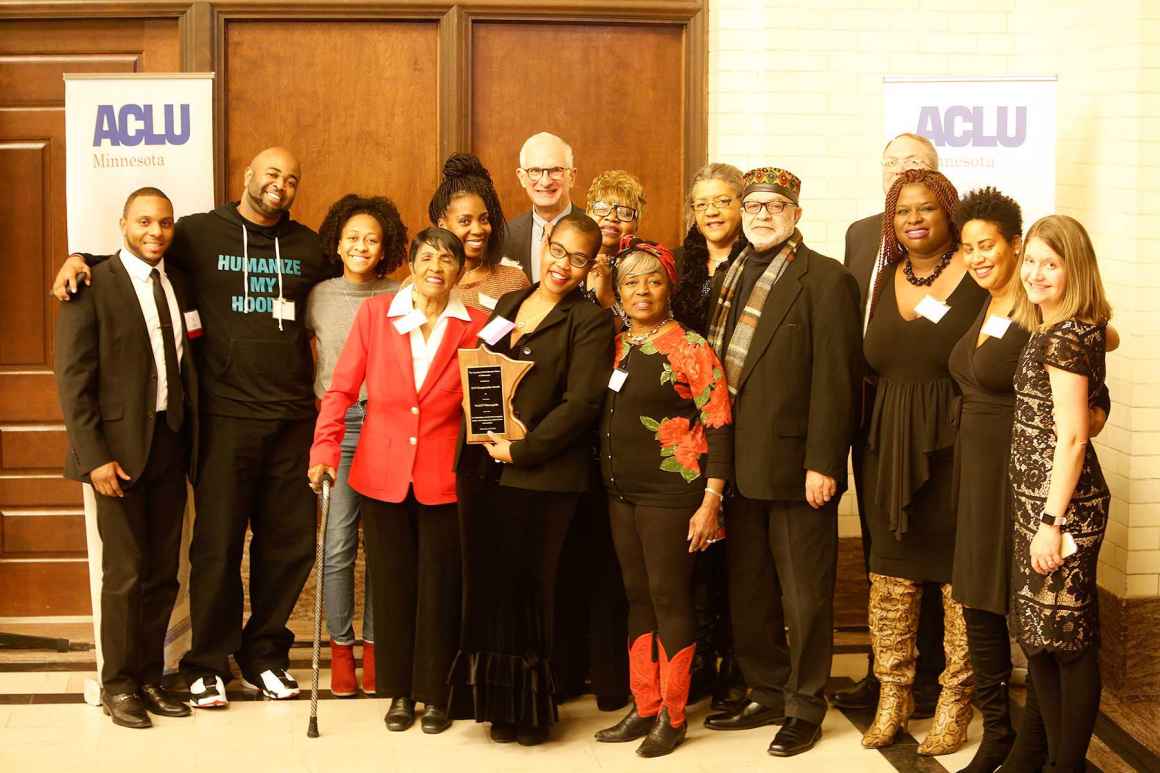 Leslie Redmond, president of NAACP Minneapolis, challenged ACLU supporters, particularly lawyers, to get more involved in the right for racial justice. ACLU-MN has partnered with NAACP Minneapolis on several projects, including the release of our report on racial disparities in policing, Warrant Resolution Days, and litigation to increase police transparency.

“Lawyers, especially in Minnesota, have been given a lot,” Redmond said. “Minnesota is one of the best places in the nation. But we have to ask, the best for who? Not for many people who look like me.

She said she was thankful for ACLU-MN’s contributions and willingness to collaborate.

ACLU of Minnesota and NAACP Minneapolis sue to release footage of...