The 2020 election is finally behind us. Getting us to the point where every vote was counted, and more people voted, took a massive year-long effort by the ACLU of Minnesota.

Thanks to help from our wonderful volunteers, the ACLU-MN reached 50,000 people with information about voting and voting rights during the 2020 election season. Thanks to your hard work, Minnesota reached nearly 80% voter turnout!

Getting to that point meant facing challenges we’d never experienced before. The COVID-19 pandemic made it critical for as many people to vote ahead of time as possible, to keep voters and election workers safe. But at the same time, the need for more people to vote early was complicated by the mail slowdown orchestrated by the Trump administration. We also saw unprecedented, appalling efforts to make people doubt the integrity of our election process. 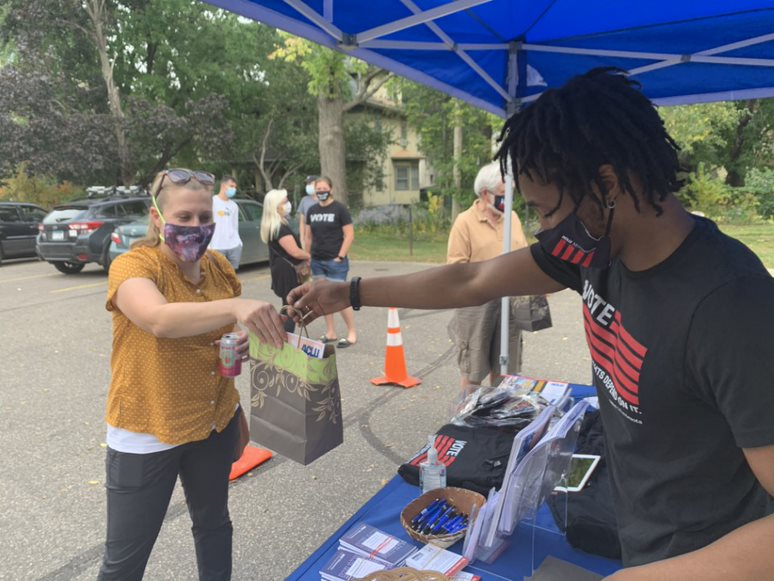 As if those challenges weren’t enough, everything was further complicated by an 11th-hour court ruling that could have rendered up to 399,000 absentee ballots invalid. We rushed to let people who still had absentee ballots know that they needed to vote in person or drop their ballots off, rather than mail them. We used everything from texts to social media to a digital billboard on a truck that drove all over the Twin Cities to get the word out.

Despite these barriers, Minnesota again topped the nation for record turnout, and we are proud to have played a part in that. 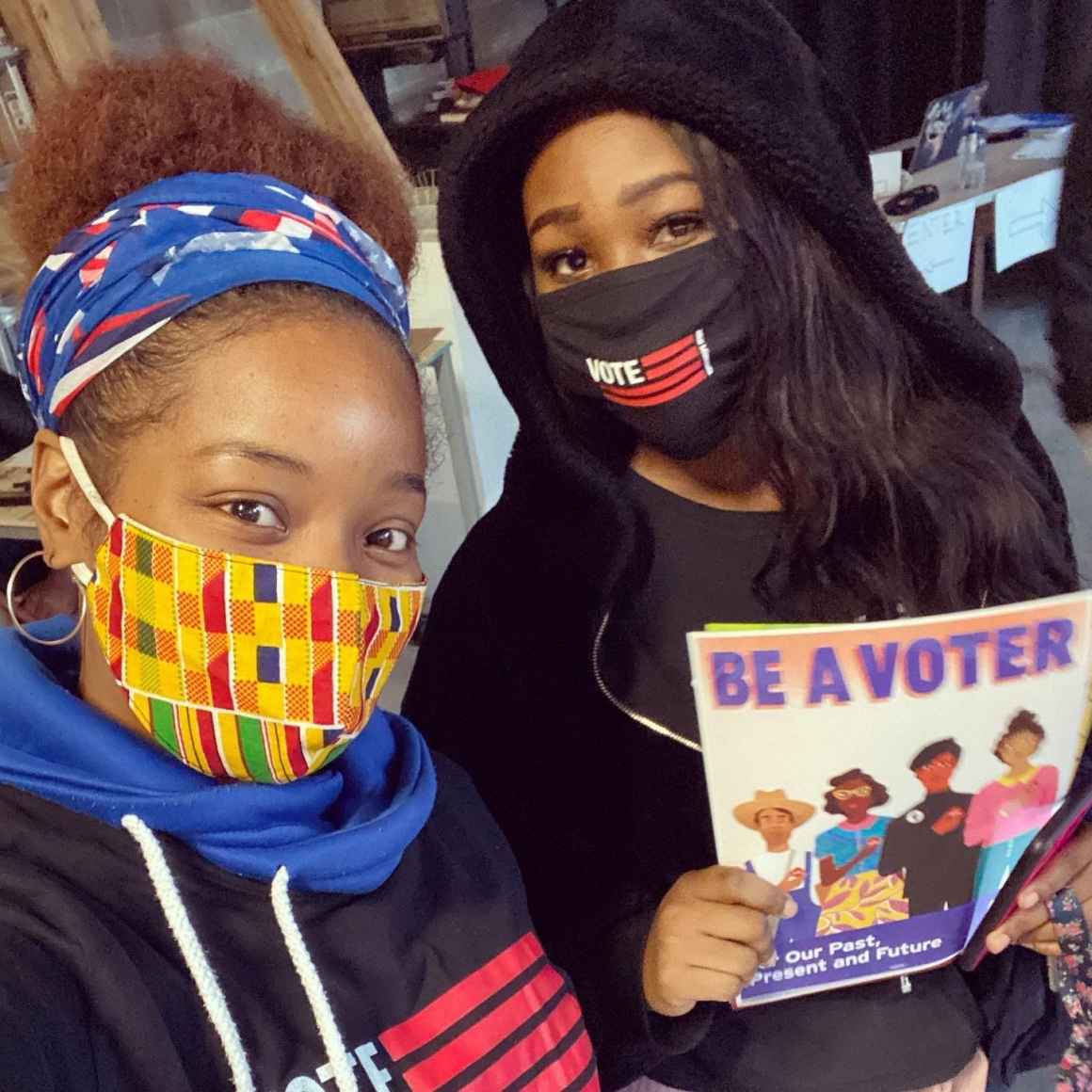 Our overarching goal was to make sure Minnesota’s voters better reflected our state’s population. We focused on increasing voter turnout among historically disenfranchised people including BIPOC voters in the Twin Cities Metro and 20,000 people who finished up their felony probation in the past four years, plus new citizens  in southern Minnesota.

With groups threatening to send armed guards to suppress the vote, we also ramped up efforts to increase voter education, recruit people to monitor the polls, and help staff the Election Protection Hotline.

Thanks to strong support from 129 volunteers, our results included:

Voters told our volunteers they were grateful to receive voter rights information in a non-partisan way that ensured they had everything they needed to vote.

Two high school seniors organized more than 20 high schoolers to hand out voter education materials and register people to vote. Even though they couldn’t vote yet themselves, they wanted to do their part to encourage others.

And this volunteer says it all: “I was so nervous about the election, and volunteering on Election Day made me feel so much better. I could see that everything was going okay and knew I was helping to protect voting rights.”

Thank you again to our wonderful and dedicated volunteers. You helped increase turnout and ensure that every vote was counted.

Minnesota Drops Witness Requirements That Put Voters at Risk During...

National Association for the Advancement of Colored People...