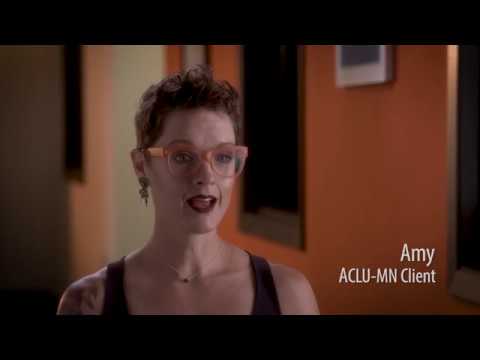 VICTORY! October 3, 2022: Our client Amy Koopman, who faced criminal charges after recording Robbinsdale police while they held two Black men at gunpoint, won $70,000 and numerous police reforms in a settlement.

MINNEAPOLIS - A woman who faced criminal charges for recording police holding two Black men at gunpoint is suing the City of Robbinsdale for violating her rights.

The ACLU of Minnesota filed suit Tuesday on behalf of Amy Jo Koopman in U.S. District Court against the city and the officers involved. The suit alleges the plaintiffs infringed upon Koopman’s First and Fourth Amendment rights to record and speak to police, and to not be cited with obstructing justice for exercising her constitutional rights.

“In an era marked by the police killings of George Floyd, Daunte Wright and so many others, the ability to hold police accountable, record their interactions, and stand witness is more crucial than ever,” said ACLU-MN staff attorney David McKinney. “Robbinsdale’s charging of Amy Koopman for recording police was a clear attempt to chill those rights, a violation that simply cannot stand.”

“I hope police get the message that they cannot punish people for exercising their First Amendment rights,” Koopman said.

On Aug. 16, 2018, Koopman - who was a church secretary and seminary student at the time – pulled her vehicle over when she saw police standing by a car containing two Black men, their guns drawn. She stood across the intersection, nearly 40 yards away, and began Livestreaming on Facebook because she wanted to ensure the men would be safe and that police would be held accountable.

As police arrested one of the men, police yelled at gathered witnesses including Koopman to get out of the line of fire. In response, Koopman asked police to put their guns away and not to shoot.

Even though she never physically interfered with police or their actions, Robbinsdale police charged her with obstructing legal process, and threatened to detain her if she didn’t stop recording or provide identification. The ACLU-MN won dismissal of that misdemeanor charge in June of 2019.

“… No reasonable officer could construe her shouting as ‘physically obstructing or interfering’ in the performance of their duties,” the judge ruled.

Koopman is one of several people charged by Robbinsdale police with allegedly obstructing legal process, even though the individuals didn’t physically interfere or obstruct police, the lawsuit says.

Amy Jo Koopman v. City of Robbinsdale et al. alleges the city and police engaged in retaliation, unlawful seizure, and malicious prosecution. The ACLU-MN seeks a court order declaring the city and police officers’ actions unconstitutional, and its policies and failure to train or discipline officers unlawful. The ACLU-MN also seeks an order stopping the practice, plus damages.

The ACLU-MN is a nonprofit, nonpartisan organization that works to defend the civil liberties of all Minnesotans. Learn more at www.aclu-mn.org.